Vodafone had a big ambition. As one of the UK’s leading mobile telecoms service providers, they realised their future success depended on taking the business globally and becoming the worlds largest mobile telecoms provider. The original identity was dated and fragmented across a variety of sub-brands. We were asked to create a brand strategy and identity that would help Vodafone achieve their global ambition.

Our customer research, existing brand and positioning audit revealed Vodafone were perceived as reliable but far from exciting. Their brand identity was performing poorly and failing to connect with people. It lacked personality, was inconsistently applied and could not punch through a confusing array of sub-brands, each having their own personality. Competitors (like Orange) had better performing brands and were seen to be more youthful and forward looking.

Our competitive audit revealed a fascinating insight - that most telecom brands were styling themselves as if they were technology companies. This was curious given what they actually did was to connect people to talk. This discovery shaped our brand essence of ‘Talking Globally’ which would enable Vodafone to take ownership of communication in all its forms and connect them to their corporate ambition.

Our next step was to review Vodafone’s portfolio of sub-brands, products, services and retail application and formulate an appropriate brand architecture that would give clarity to the Vodafone brand. Clearly, a monolithic approach was appropriate, however it was important to allow products to have a controlled personality. It was equally important to design a structure for migrating new acquisitions to the Vodafone brand.

Our new brand design was influenced by the idea of ‘Talking Globally’. By turning the counters (the circular holes) within the ‘o’s’ in Vodafone into speech marks we suggest the idea of people talking to each other. We isolated the opening speech mark and turned it into the brand icon. We applied our new brand identity across the business and communication channels.

The number one team.

Sponsorship was an integral component which Vodafone would use to achieve their ambition. We applied the brand across the launch sponsorship of the England Cricket Team and horse racing events. We then devised a sponsorship strategy - to suggest Vodafone’s premier position we would align them with the number one sports teams associated with the colour red. This led to multi-million dollar deals with Manchester United and Ferrari. This approach, of being part of the number one team helped to influence the acquisition of competitors including one of the largest hostile takeovers in corporate history with the takeover of D2 Mannesmann.

We are extremely proud of the outstanding (and enduring) results of our work for Vodafone. Within 24 months of relaunch Vodafone increased their growth from 38% to 540%. Vodafone ultimately achieved their prime objective, becoming the worlds leading mobile services provider and are now considered to be the UK’s most valuable brand (worth approximately $40 Billion). Whilst application of the Vodafone identity has adjusted stylistically since we launched it in 1997 our now globally iconic speech mark icon is still in use today almost 25 years later. 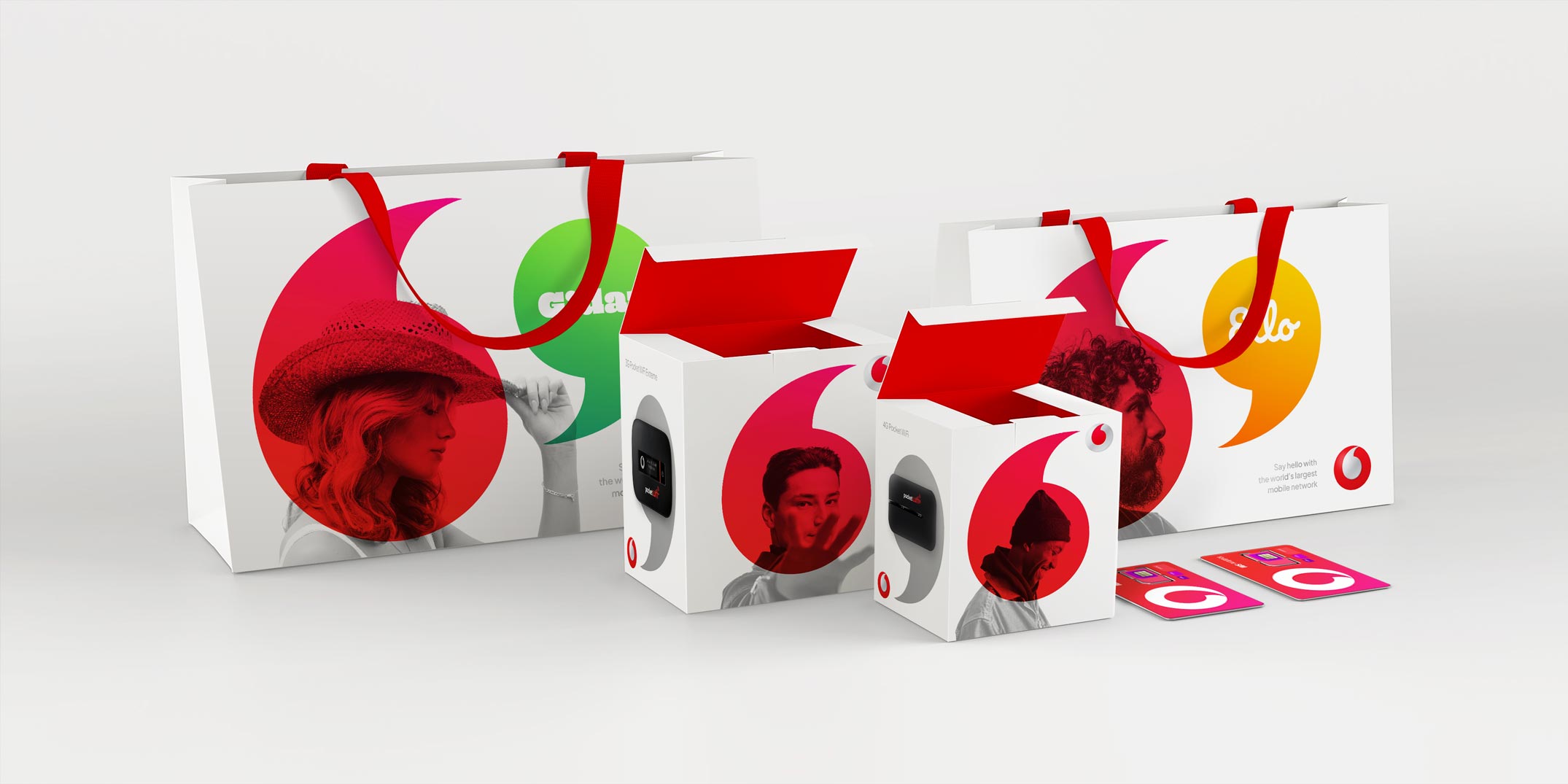 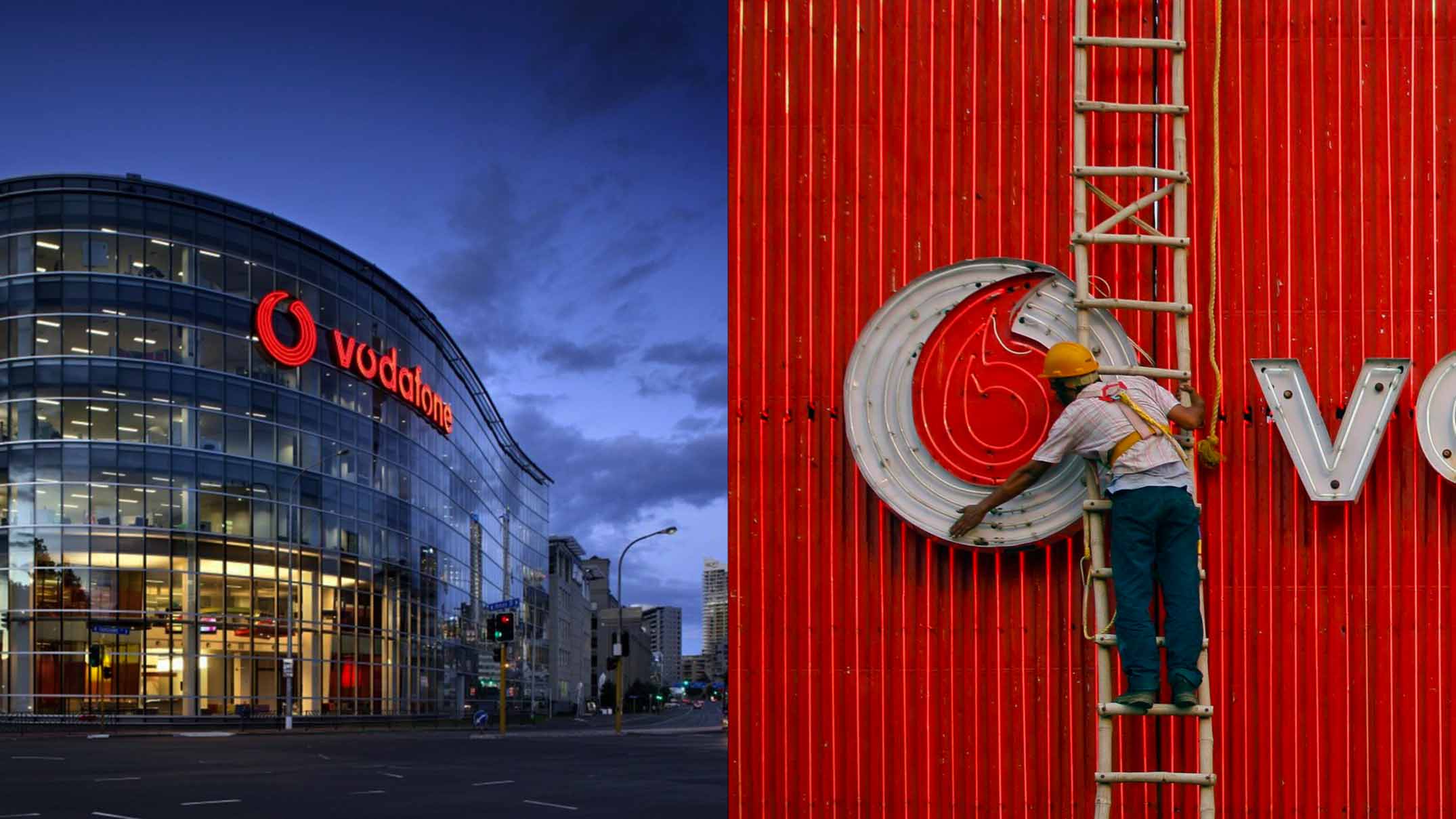